Home » In A League Of Their Own

In A League Of Their Own

Former Australia Rugby League captain, Cameron Smith, was delighted to see the raw rugby league talents as he opened the Port-Vila Rugby League Life and Style 9s tournament at Korman Stadium on November 29. In an exclusive interview with this magazine Smith believes this is an opportunity for Vanuatu rugby league players to showcase their talents and develop it for a positive future.

This is the first time the goal-kicking hooker visited Vanuatu and said it would be the last. ” It’s good to be here at the Nine’s tournament, it’s good to see so many talents here, first time in Vanuatu, I can see so many lovely people, very friendly, very welcoming, it’s nice to be here. ” This is an opportunity to grow the sport in Vanuatu, as we can see Tonga, how well they are playing at the moment, their world ranking is a record, they are the top, ” Smith said.

Smith believes the Pacific Island Country have what it takes to counter rugby league powerhouses Australia and New Zealand. ” The popularity of the sport is growing which is great not just Australia and New Zealand but this is a good place to start with in the Pacific Nations. ” The most important thing is to enjoy the game, make sure have fun, that’s what the sport is all about, it’s about friendships and memories together and play hard. ” Looking at athletes here, they are great athletes and I would like to come back to Vanuatu sometimes soon, ” he added.

In the attempts to boost the profile of sport in Vanuatu, the Vanuatu Government through the Ministry of Youth and Sports Development have appointed Australian professional rugby league hooker Cameron Smith as the Vanuatu Ambassador on November 28, in Port-Vila. A member of the order of Australia (AM), the highest all-time point Scorer and the only player to have ever played over 400 matches in the NRL, Smith’s appointment is an enormous milestone, in the history of Vanuatu Sports.

This milestone was embrace within the Vanuatu sporting community and Smith expressed the honor he feels for his appointment as the Vanuatu Sport Ambassador. ” I am very privilege to become an ambassador for sport in Vanuatu because sport has made me who I am and I am honored to be given this opportunity to help develop sports in Vanuatu.

“Rugby League is my number one sport but I am looking forward to seeing rugby league and sports participation in general grow over the next few years in this beautiful country,” he said.

This is no difference to Ifira Blackbird rugby league club who has been one of the sports powerhouses in the country and development was evident at their junior grade as they defeated Mele Eels 31-0 in the U15 final of the Port-Vila Rugby League Life and Style Nines tournament on November 30. Team secretary Pastor Billy Taiwia said; “Because we live in the community that involves sport we need to have development so as you can see we have brought a senior team and junior and women’s team to the competition. 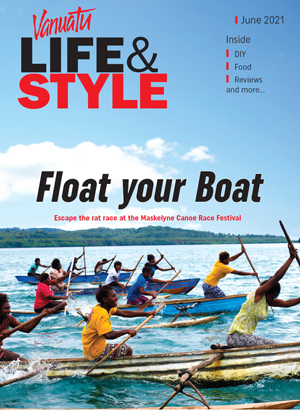