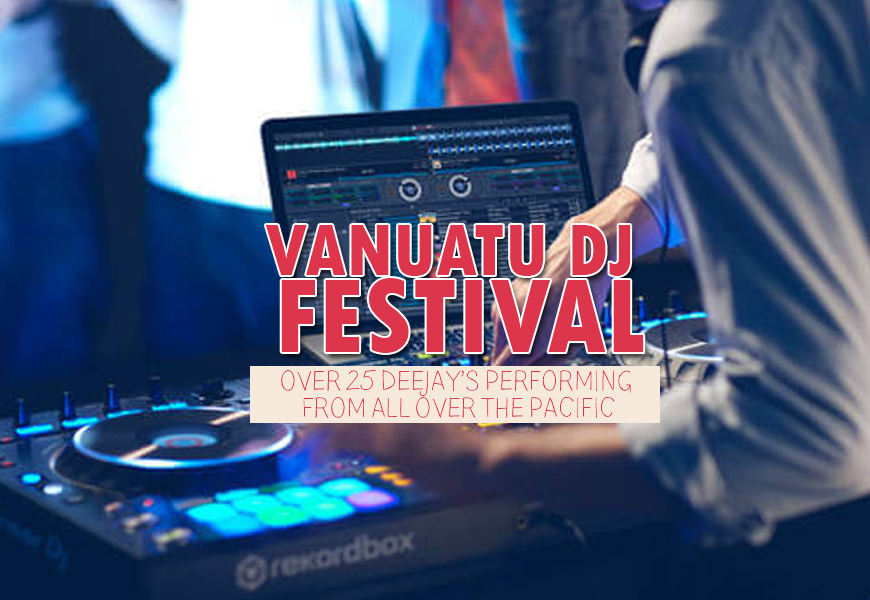 The sixth edition of the Vanuatu DJ Festival that took place on Saturday 25th of November 2017, at the Lava Lounge and the Ex BP wharf. It was a very successful one yet!

For the sixth year in a row. 2017 was a record for the biggest line up of DJs ever done in Vanuatu DJ Festival history, with up to 26 DJs. The show started at 12pm until late of continuous music onto two separate areas. One small stage inside the Lava Lounge, and one big stage outside the ex BP wharf.

There weren’t too many people around 12-3pm but it is a perfect time for anyone who wants to chill and have a pizza or a cold beer. Later around 5pm people starts coming in. It gets really packed!

The DJs each took turns with sessions of 30 to 45 minutes, which promises to showcase many different styles of music till late!

Every year it gets better and better! It’s a must experience for all.

Check out the official video

OR check out the photos taken